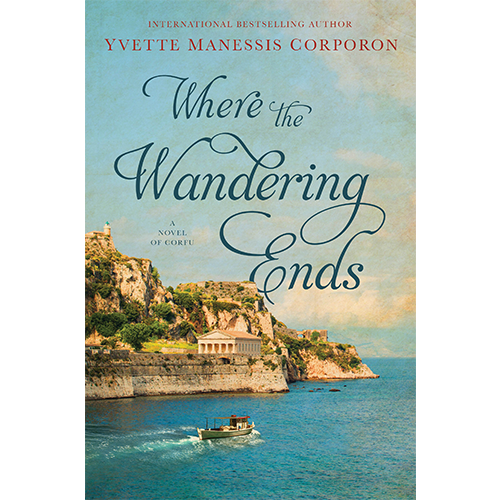 WHERE THE WANDERING ENDS

Set among Corfu’s picturesque lanes, hamlets and villas, where kings, villagers and saints all walk the same cobblestone paths, this novel reminds us of the tenacity of those who have lost everything and the enduring power of home.

Two young friends are separated by unspeakable tragedy during the Greek Civil War, haunted by a vow to return to one another and their home on the island of Corfu where queens, villagers, and goddesses come together to prove there is no force more powerful than the magic of a mother’s love.

Corfu 1946—In a poor Greek community, ten-year-old Marco is perhaps the poorest of them all. But it wasn’t always that way. His grandmother once worked for the royal family where Marco’s mother played alongside young Prince Phillip himself. Now Greece is on the brink of civil war, and Marco’s mother still clings to the desperate hope that somehow the royal family will save her own.

As the war turns deadlier, Greece’s Queen Frederica takes a defiant stand against the communists, announcing that she will save the children of Greece by opening children’s villages. When the communist partisans erect camps of their own, children are ripped from their mothers’ arms, entire villages are emptied.

Young Katerina has been best friends with Marco for as long as she can remember, cementing their bond as Katerina steals scraps from her family’s table to sneak to him.  But when communists reach their village, loyalties are tested as devastating secrets threaten to emerge. Katerina and Marco are separated just before her family flees on foot. At their final goodbye, Katerina and Marco promise to find their way back to the village, and to one another. That haunting childhood vow setting into motion events that will take decades to unravel.

“Love, hope, courage, and survival thread their way through this magically crafted story combining history and mythology. This story stays with me. The love and sacrifice of mothers, promises made by children, unbearable loss, dreams cast aside but never forgotten.”

—Heather Morris, New York Times bestselling author of The Tattooist of Auschwitz and The Three Sisters

". . . a powerful, emotional tale of recent history, showing the disruption of lives during the Greek civil war, not only to the simple Corfiots but also to the Greek royal family who called Corfu their home.”

—Emily Giffin, New York Times bestselling author of All I Ever Wanted 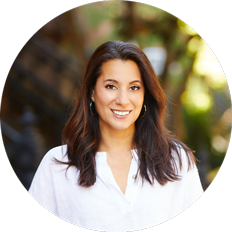 Yvette Manessis Corporon is an internationally bestselling author and Emmy Award–winning producer. To date, her books have been translated into sixteen languages. A first generation Greek-American with deep family roots on Corfu, Yvette studied classical civilization and journalism at New York University. She lives in Brooklyn with her family where she spends her spare time reading, running, and trying to get into yoga.

Visit her online at yvettecorporon.com