ONCE UPON A WARDROBE

Now available in trade paper with an eye-catching new cover from the bestselling author of Becoming Mrs. Lewis: Megs Devonshire sets out to fulfill her younger brother George’s last wish by uncovering the truth behind his favorite story. The answer provides hope and healing and a magical journey for anyone whose life has ever been changed by a book.

1950: Margaret Devonshire (Megs) is a seventeen-year-old student of mathematics and physics at Oxford University. When her beloved eight-year-old brother asks Megs if Narnia is real, logical Megs tells him it’s just a book for children, and certainly not true. Homebound due to his illness, and remaining fixated on his favorite books, George presses her to ask the author of the recently released novel The Lion, the Witch and the Wardrobe a question: “Where did Narnia come from?”

Despite her fear about approaching the famous author, who is a professor at her school, Megs soon finds herself taking tea with C.S. Lewis and his own brother Warnie, begging them for answers.

Rather than directly telling her where Narnia came from, Lewis encourages Megs to form her own conclusion as he slowly tells her the little-known stories from his own life that led to his inspiration. As she takes these stories home to George, the little boy travels father in his imagination than he ever could in real life.

Lewis’s answers will reveal to Megs and her family many truths that science and math cannot, and the gift she thought she was giving to her brother—the story behind Narnia—turns out to be his gift to her, instead: hope. 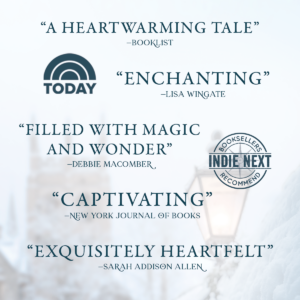 "Enchanting and luminous, filled with the love of family, this is a story for anyone whose life has ever been changed by a book."

“I so loved this story. Every page is filled with magic and wonder, with insight and wisdom."

"This remarkably moving book deserves to be embraced and cherished as the classic it will undoubtedly become." 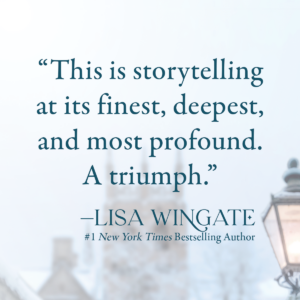 LISTEN TO THE AUDIO

HarperAudio US · ONCE UPON A WARDROBE by Patti Callahan | Chapter One

Patti Callahan Henry is a New York Times and USA Today best-selling author of sixteen novels and podcast host. She is the recipient of The Christy Award — A 2019 Winner “Book of the Year”; The Harper Lee Distinguished Writer of the Year for 2020 and the Alabama Library Association Book of the Year for 2019. She is the co-host and co-creator of the popular weekly online Friends and Fiction live web show and podcast. A full-time author and mother of three children, she now resides in both Mountain Brook, Alabama, and Bluffton, South Carolina with her husband.

By submitting your email address, you understand that you will receive email communications from Harper Muse, a division of HarperCollins Focus (501 Nelson Place, Nashville, TN 37214 USA) providing information about products and services of Harper Muse and its affiliates. You may unsubscribe from these email communications at any time. If you have any questions, please review our Privacy Policy or email us at [email protected].