This remarkable collection of classic literature includes The Great Gatsby, The Wonderful Wizard of Oz, Frankenstein, and The Return of Sherlock Holmes. Each book has beautiful hardcover artwork painted by artist Laci Fowler, with a distinctive one-of-a-kind jacket and interior treatment. In addition to sculptured emboss on the cover, other features include gold foil title and page edges, a beautiful ribbon marker, and high-design quote pages throughout.

These novels are the perfect addition to any well-appointed library or as a classic gift for any lover of fiction. Each book can be purchased individually. 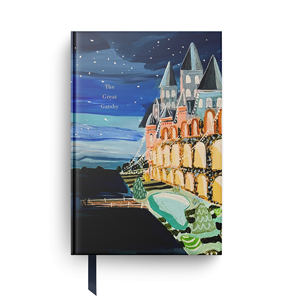 The Great Gatsby has been casting its hypnotic spell on avid readers since 1925, meticulously unveiling every decadence and overindulgence the “Roaring Twenties” label implies. Nick Carraway, Daisy Buchanan, Jordan and Tom Baker, and of course, Jay Gatsby himself weave a sordid tale of love and betrayal, wealth and power, and the dark side of the American dream. And now this time-honored classic is available as an exclusive collector’s edition.

F. Scott Fitzgerald (1896–1940) was an American novelist and short story writer. He is best known for his 1925 novel The Great Gatsby, the quintessential tale of the decadence and overindulgence of the Jazz Age.

Born into an upper middle-class family in St. Paul, Minnesota, Fitzgerald was raised in New York. After dropping out of Princeton University in 1917 to join the Army, he was stationed in Alabama, where he met wealthy socialite Zelda Sayre. It was only after he achieved moderate success with his debut novel This Side of Paradise that Zelda agreed to marry him.

His second novel, The Beautiful and the Damned, propelled him to literary stardom, the volatile nature of which inspired his best-known work The Great Gatsby. Though it met with mixed reviews in Fitzgerald’s lifetime, The Great Gatsby is now considered by some literary scholars to be the “Great American Novel.” Haunted by alcoholism, declining popularity, and financial difficulties well into the 1930s, Fitzgerald died of a heart attack in 1940. An unfinished novel, The Last Tycoon, was published posthumously in 1941.

I had that familiar conviction that life was beginning over again with the summer. 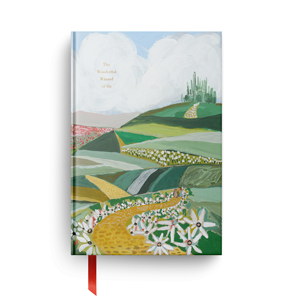 THE WONDERFUL WIZARD OF OZ

Hailed by the Library of Congress as “America’s greatest and best-loved homegrown fairytale,” The Wonderful Wizard of Oz follows Kansas farmgirl Dorothy Gale and her dog Toto as a violent cyclone transports them to a faraway magical place called Oz, land of the Munchkins and witches, one of whom is very bad. To make it home, Dorothy dons the famous slippers and must follow the Yellow Brick Road to seek help from the Great Wizard in the Emerald City. She is soon joined by the Scarecrow, the Tin Woodman, and the Cowardly Lion, each on his own unique quest for a better self. What transpires is nothing less than thrilling, whimsical, and sometimes a little scary. Delighting readers for more than 120 years, this time-honored children’s classic is now available as an exclusive collector’s edition.

Frank Baum (1856–1919) was an American author of children’s books and is best known for his iconic fantasy novel The Wizard of Oz and its thirteen sequels.

Baum was born in New York to a devout Methodist family. He started writing early and in 1900 published The Wonderful Wizard of Oz (along with illustrator W. W. Denslow) to resounding success. The book was the bestselling children’s book for two years after publication. Throughout his life, Baum was infatuated with bringing his works to the stage, often with limited success, but to his delight the theatrical version of Oz met with the same accolades as the book, bringing stardom and recognition to its authors and actors both. Baum wrote prolifically throughout his career, authoring forty-one novels outside of the Oz series, nearly ninety short stories, more than two hundred poems, and at least forty-two scripts. He died of a stroke at the age of sixty-two.

All you have to do is to knock the heels together three times and command the shoes to carry you wherever you wish to go. 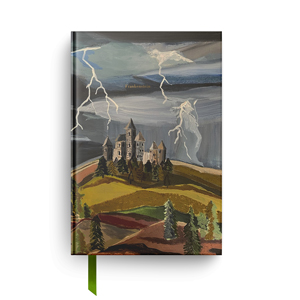 Beloved by horror fans across the globe, Frankenstein explores the terror of what happens when humanity plays God. Shattered by grief, the unstable Victor Frankenstein conducts a bizarre experiment, using electricity to galvanize inanimate matter and create an enormous man-like monster. Terrified by his own actions, Victor abandons his creation to the wilderness. Years later, the intelligent albeit hideous Creature finds his creator and poignantly demands his right to happiness. A tragedy of murderous rage and the fatal ramifications of revenge, Mary Shelley’s iconic novel has been terrifying readers since the nineteenth century. And now this time-honored classic is available as an exclusive collector’s edition.

Mary Shelley (1797–1851) was an English novelist best known for her 1818 Gothic horror novel Frankenstein, which not only inspired generations of writers of the dark and macabre, but also is considered by many the prototypical science-fiction novel.

Shelley was born in London to philosopher William Godwin and feminist Mary Wollstonecraft, who died shortly after Shelley’s birth. Raised by her father, she was well educated and deeply versed in Godwin’s anarchist political notions. She married Romantic poet Percy Bysshe Shelley, one of her father’s political followers, in 1816. It was during a trip to Geneva, Switzerland, with her husband and Lord Byron, that she famously conceived the idea for Frankenstein, the result of a competition to see who could write the best horror story. After her husband drowned in a sailing accident, Shelley returned to England to devote herself to raising their only surviving child and writing professionally. Along with Frankenstein, Shelley authored the novels Valperga, Perkin Warbeck, The Last Man, Lodore, and Falkner, as well as travelogues, short stories, and children’s literature. She died of a brain tumor at the age of 53. 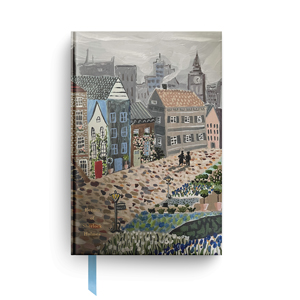 THE RETURN OF SHERLOCK HOLMES

Literature’s beloved private detective returns from the grave in Sir Arthur Conan Doyle’s The Return of Sherlock Holmes, and ever-loyal physician and devoted best friend Dr. John Watson is there to welcome him back and assist him in cracking thirteen absorbing and adventurous mysteries. First published in 1905, this volume includes the stories The Adventure of the Empty House, The Adventure of the Golden Pince-Nez, The Adventure of the Solitary Cyclist, and ten more absorbing cases to baffle and challenge fiction’s delightfully adept and most entertaining crime-solving duo.

Sir Arthur Conan Doyle (1859–1930) was a well-known British writer and medical doctor. He introduced Sherlock Holmes to the world with the 1887 publication of A Study in Scarlet, the first of four novels and more than fifty short stories featuring the dashing exploits of the pipe-smoking sleuth and Dr. Watson, his trustworthy, longsuffering assistant. The Sherlock Holmes stories are considered by many to be groundbreaking in the field of crime fiction. Doyle’s prolific literary output also includes works of fantasy and science fiction and humor, as well as plays, romances, poetry, historical novels, and nonfiction.

You know, Watson, I don’t mind confessing to you that I have always had an idea that I would have made a highly efficient criminal.