Chef Andre Rush was born in the small town of Columbus, Mississippi. His father was a country farmer. He developed his love of fresh food by working on the farm and his love of cooking by helping his mom create family dinners. Young Andre was a gifted artist, football player, and record-breaking track star whose skills earned him an Olympic tryout. But cooking was always his true passion.

As a young man, he joined the US Army Reserves, where his physical strength and leadership abilities were singled out on day one. But Rush signed up for KP (“kitchen patrol”) duty, because the cooks got to eat all the food they wanted! He also served as a minuteman, trained with special forces, and became a military fitness trainer. However, it was via cooking that he made his strongest mark.

During his military years, Rush won hundreds of medals for cooking, ice sculpting, and other related skills. His reputation as a cook led to a call from the Pentagon to try out for a job in the kitchen there. He got the position, which led to his first cooking opportunity at the White House. While working at the Pentagon and White House, Rush also developed a private business on the side, catering parties for Washington “society.”

Chef was at the Pentagon the day the plane struck the building on 9/11/2001. He was part of the recovery effort, and as a result later suffered PTSD symptoms, which instilled a passion for helping America’s wounded warriors.

Today, Chef has his hands in many pies, literally and figuratively. He is a key advocate for the USO, Veterans of Foreign Wars (VFW), and American Legion, as well as an active supporter of the President’s Council on Fitness, Sports, and Nutrition. He is currently developing his consumer-driven brand, which will include edible goods, health/wellness/fitness products, apparel, and more. He recently contracted with a well-known television production company to host a new series, Chef in the City, which he has begun working on. 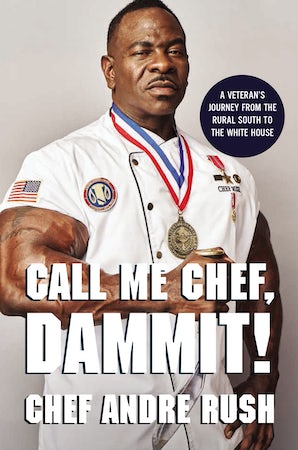 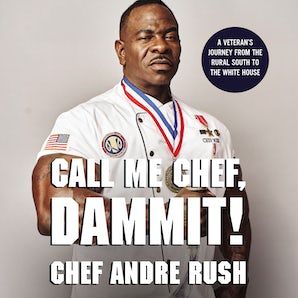