Olivia Twist is an innovative reimagining of Charles Dickens’ classic tale Oliver Twist, where Olivia is forced to live as a boy for her own safely until she is rescued from the streets in order to take her place in society.

Olivia Twist is an innovative reimagining of Charles Dickens’ classic tale Oliver Twist, in which Olivia was forced to live as a boy for her own safety until she was rescued from the streets. Now eighteen, Olivia finds herself at a crossroads: revealed secrets threaten to destroy the “proper” life she has built for herself, while newfound feelings for an arrogant young man she shouldn’t like could derail her carefully laid plans for the future.

Olivia Brownlow is no damsel in distress. Born in a workhouse and raised as a boy among thieving London street gangs, she is as tough and cunning as they come. When she is taken in by her uncle after a caper gone wrong, her life goes from fighting and stealing on the streets to lavish dinners and soirees as a debutante in high society. But she can’t seem to escape her past … or forget the teeming slums where children just like her still scrabble to survive.

Jack MacCarron rose from his place in London’s East End to become the adopted “nephew” of a society matron. Little does society know that MacCarron is a false name for a boy once known among London gangs as the Artful Dodger, and that he and his “aunt” are robbing them blind every chance they get. When Jack encounters Olivia Brownlow in places he least expects, his curiosity is piqued. Why is a society girl helping a bunch of homeless orphan thieves? Even more intriguing, why does she remind him so much of someone he once knew? Jack finds himself wondering if going legit and risking it all might be worth it for love.

Olivia Twist is a jacketed hardcover with decorative embossing.

Langdon has crafted a charming reimaging of the classic story Oliver Twist. There is a perfect balance between historical details, solid pacing and strong character voices. Readers may find this book to be a bit more hopeful than the original story by Charles Dickens, but the plight of the poor in London in the 1800s is still apparent. It is easy to root for the characters, particularly the intelligent and kick-butt heroine, Olivia. If you are looking for a historical tale full of adventure, twists and a bit of romance, this is one to check out.

Vivacious and lovely, 18-year-old Olivia Brownlow is a highly eligible young woman in London's 1859 society. Before her long-lost uncle took her in, she grew up disguised as a boy named Oliver, who became a street rat in a gang run by the Artful Dodger. Olivia can't forget her origins, and while snooping around during a formal dinner, she comes upon another sneak--the eye-catching gentleman named Jack MacCarron, who was also about to lift jewels from their owners. Olivia recognizes Jack as the Artful Dodger but keeps her identity from him. Though it's love at first sight, the two wrestle with their unsuitable affection and unsavory pasts. Toss in Olivia's impending engagement to a friend for whom she feels only platonic love, and a powder keg of a romantic triangle develops. The story's breathlessly paced, quick-witted adventures offer more twists than a Shakespearean comedy of errors, as assumptions, secrets, etiquette, competition, and sexual tension create one ridiculous situation after another. Written in language tailored to the setting, the occasional modern turns of phrases feel as if one's corset briefly has been relaxed. This clever retelling of Dickens' Oliver Twist is perfect for readers who love romance, adventure, historical settings, and heroines who can kick butt in formal gowns. -- Jeanne Fredriksen (STARED REVIEW)

'A brilliant reimagining of Oliver Twist! The prologue hooked me immediately. Langdon deftly plunges the reader into Dickens's world of loveable orphans fighting to survive on the darker streets of London. Their plight is set in stark contrast to the sumptuous backdrop of Victorian England's high society. Olivia Twist deals with treachery in both worlds and proves a spirited heroine worthy of admiration, while Dodger is the perfect bad boy hero. Sigh, I've fallen in love.'

'Captivating from the very first page to the very last! Olivia Twist is an enchanting story, brimming with eclectic characters, intrigue, and a romance that is certain to leave you weak at the knees. Not to be missed!'

'When I learned Lorie Langdon made a foray into historical romance, I couldn't wait to get my hands on this book. And she didn't disappoint. Langdon expertly balances historical detailing and plot, the voice sparkles, and the characters were so endearing, I couldn't wait to escape into this book each night. Lively and transportive, Olivia Twist is a romantic and clever take on a classic that will leave readers yearning for more from this author.'

'Delectable romance, spine-tingling danger, and an indomitable female lead make Lorie Langdon's Olivia Twist an addictively exquisite romp. One that kept me up far past midnight!'

Olivia Twist was born an orphan. At the doctor's behest, she was raised as a boy and lived her life on the street disguised as such under the tutelage of Jack, the Artful Dodger, who was none the wiser of his mate Ollie's true identity. Now, at 18 years old, Olivia Brownlow has taken the name of her adoptive uncle, whom she met in a heist gone awry. Leaving her past behind, except for a gang of street-dwelling orphans whom she aids, Olivia takes a spot in London's high society and is on the brink of engagement to the rich bachelor Max Grimwig. However, when she meets Jack MacCarron, who is none other than her childhood mentor--the Artful Dodger--with his own new name and benefactor, Olivia's plan to marry well is derailed and their shared past proves irresistible to both of them. Yet when Olivia's orphans are threatened by a turf war with the nefarious Monks, she feels cornered into the only means available to save them. With many twists and turns, some less-than-plausible and many slightly too-tidy, Langdon of 'Doon' series fame serves up a delightful, action-packed historical tale. Perhaps most enjoyable for those familiar with Oliver Twist in its original literature and Broadway musical forms, this title is nonetheless a compelling, gender-flipped romp through Dickensian London. VERDICT An additional purchase where historical fiction or romance are popular.
--Brittany Drehobl, Morton Grove Public Library, IL(School Library Journal)

Lorie Langdon is an Amazon bestselling author of six YA novels, including the Doon series, Gilt Hollow, and Olivia Twist, which received a starred review from Booklist Magazine and is being sold in Target Stores across the nation. She is an international speaker who has been featured on media outlets such as USAToday.com, NPR Radio, EntertainmentWeekly.com, RedbookMagazine.com, Girl’s Life Magazine, and BroadwayWorld.com. Her first novel has been optioned for film by Dreamstreet and Lonetree Entertainment. She is a self-professed Wonder Woman Wannabe who lives in Ohio with her husband and two superhero-obsessed teenage sons. 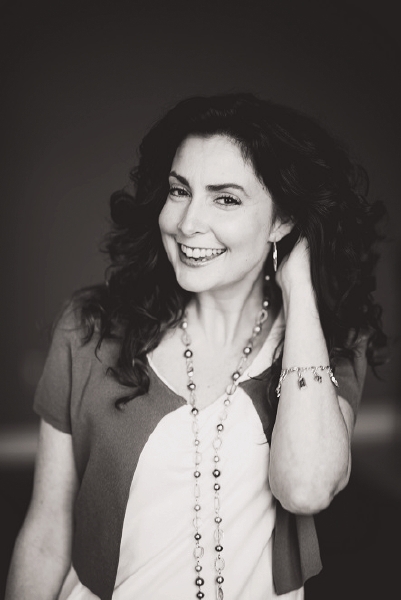