A strange meteorite. A deadly enchantment. And only Merlin can destroy it. A meteorite brings a mysterious black stone whose sinister power ensnares everyone except Merlin, the blind son of a swordsmith. Soon, all of Britain will be under its power, and he must destroy the stone---or die trying.

Merlin's Greatest Weakness Could Become His Greatest Strength. With the balance of power between the Druidow and King Uthur’s court in sway, can Merlin find it in himself to overcome his past or will he bring Britain to its knees?

When a meteorite crashes near a small village in fifth-century Britain, it brings with it a mysterious black stone that bewitches anyone who comes in contact with its glow---a power the druids hope to use to destroy King Uthur's kingdom. The only person who seems immune is a young, shy, half-blind swordsmith's son named Merlin.

As his family, village, and even the young Arthur, are placed in danger, Merlin must face his fears and his blindness to take hold of the role ordained for him by God. But when he is surrounded by adversaries, how will he save the girl he cherishes and rid Britain of this deadly evil ... without losing his life?

Don’t miss the other titles in The Merlin Spiral trilogy: Merlin's Shadow and Merlin's Nightmare

Robert Treskillard breathes new life into the often-told tale of King Arthur and his faithful mentor, Merlin. Treskillard has managed to put a new spin on the story in this three-volume series called Merlin’s Spiral by focusing on Merlin’s story.
In Merlin’s Blade, fifth century druids in Britain attempt to regain power, defeat King Uther, and destroy the Christian faith embraced by the people. A blind boy (Merlin) is the only one not bewitched by the meteorite’s blue flames used by the druids to entrap the people. How can a blind boy who is bullied, ridiculed, and criticized be the one to save Arthur, and overthrow the evil that controls the people of Britain?

It is hard to believe that Merlin’s Blade was Treskillard’s first novel. It is a well-written epic fantasy, with an enormous amount of detail and character development. This series–a prequel to the King Arthur legend–will be of interest to epic fantasy readers and fans of Arthurian legends. There is a lot of action but almost too much detail about the violence (although it was a bloodthirsty time period). 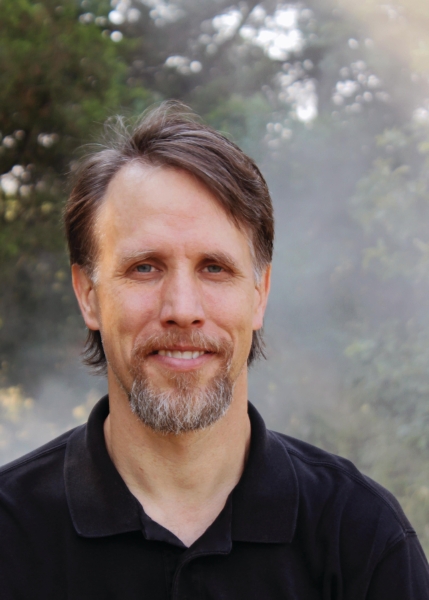